Joseph C. Busken Sr. never much liked working in a bakery. He knew how to do it; his father, Clem Busken, had taught him and taught him well at the little bakery back in Oklahoma City. But the hours! The heat! The stress of making products that may or may not sell! Joseph wanted out, though it would be decades—a lifetime, in fact—before that happened. Clem had left Cincinnati for Oklahoma to sell Fleischmann’s Yeast, but sales had its own challenges, so Clem turned to the bakery business when he found that a bakery on his yeast route was for sale. 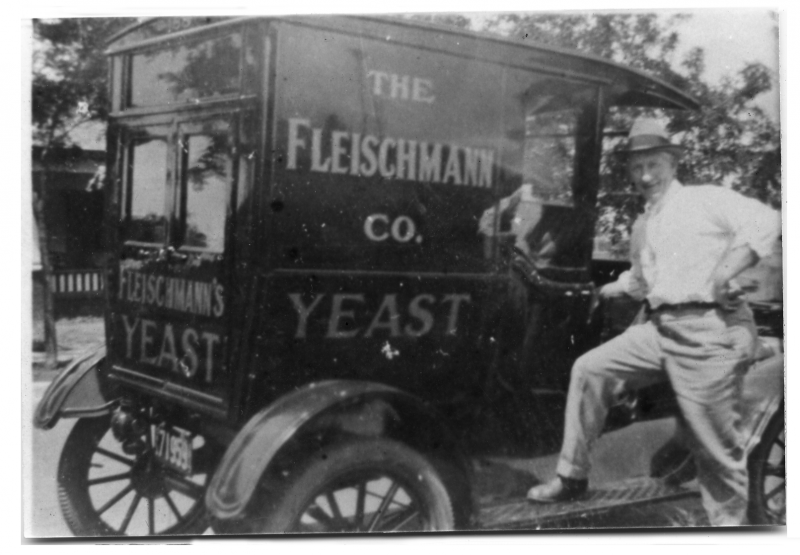 Clem knew little about baking, but since the previous owner was willing to train him, why not make a go of it? The whole family worked in the bakery, including the kids, but his young son Joseph never really warmed to the idea. For one thing, Clem was hard on them, a taskmaster, and the hours were lousy then, just as they are now. Bread and breakfast sweets must be fresh, so they are baked in the middle of the night to be warm and ready for the customers who arrive with the sunrise. A baker in turn-of-the-century America could make a living, but getting rich when profits were measured in pennies and work by the sweat of a 350 degree oven on a hot August night . . . well, Rockefeller luxury was an egg-white mirage.

“After marrying his sweetheart, Daisie, he packed up his belongings, bid his parents good-bye, and returned to Cincinnati to carve his own path through the world, a path he hoped would have nothing to do with baking”

By the time Joe became a young man, he’d had enough of the dusty flour, greasy shortening, and cloying aroma of salt-rising bread to last a lifetime. After marrying his sweetheart, Daisie, he packed up his belongings, bid his parents good-bye, and returned to Cincinnati to carve his own path through the world, a path he hoped would have nothing to do with baking. A relative owned a cigar box factory and offered Joe a job. But the company went under, and Joe was now a young man in the town of his youth with few close friends, and the Roaring Twenties were about to roar him under.

But he still knew how to bake, knew that he could turn butter, sugar, and flour into nickels, dimes, and quarters, so he approached a small grocer in East Hyde Park with a plan. Why not a bakery in the back room? Joe borrowed five hundred dollars—a small fortune at the time—from the relative with the failed cigar box company, put an oven in the back of the store, and began to sell bread, breakfast sweets, and cookies. He may not have loved baking, but he knew how to do it well, as Cincinnati would soon find out.

Like all retail bakers, Joe had a tried and true formula. Bake all night, sell all day. And because you can’t warehouse donuts and pastries, production must match demand or else Joe and his growing family would eat what they did not sell. Son Joe Jr. was his father’s shadow as the bakery grew in output and popularity in the 1930s and 1940s. As a boy, he would go to bed early on Friday nights because the Saturday work alarm would go off at 2 in the morning, and work followed soon thereafter. As the 1930s turned into the 1940s and finally into the booming post-war years of the 1950s, Busken Bakery grew at every turn. The storefront in East Hyde Park was gone by now. Locations in Norwood came and went as the Busken empire grew ever larger. 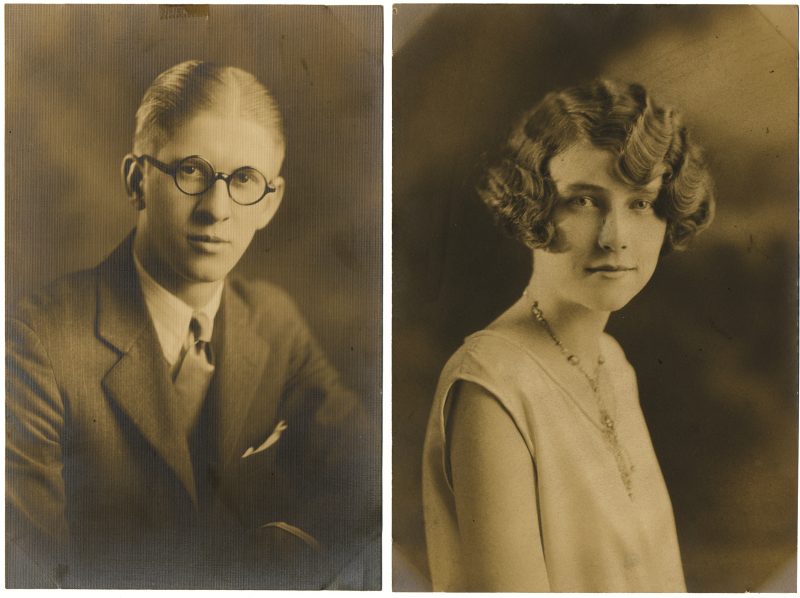 Joe Jr joined the company in 1952 and through his hard work and creativity the family enterprise expanded. Finally, it became clear to Joe Sr. that his little bakery with its fifty or more employees needed a permanent home, one large enough to supply baked goods for more than a dozen satellite locations.

In 1962, Joe Busken Sr. had to get the biggest loan he could find to pull off what he had in mind. The bakery had run out of space in Norwood again. So this time he decided to look decades into the future. He would buy a failed grocery store at the corner of Madison and Edwards roads and convert it into the biggest and best bakery anybody in Cincinnati had ever seen. Sometimes you’ve gotta borrow money to make money, he figured. So, without even telling his oldest son, Joe mortgaged the family land in Indian Hill and the house on it, too. He put everything on the line this time: four decades of alarm clocks going off at two in the morning; four decades of blistering-hot ovens; four decades of wrist burns from wayward trays; four decades of hurry-up from customers on the go; four decades of dime cream horns, nickel glazed donuts and fifty-cent loaves of cinnamon bread; four decades of working on a dream.

Joe put it all on the line for that hundred-thousand-dollar note. Back when he started, he had borrowed five hundred dollars, and that turned out all right. He knew this loan would work out, too, because men who have his drive also have faith. He also knew as sure as the sun shines in the spring that a bakery that sold coffee, donuts, sweets, and breads and did it twenty-four hours a day, seven days a week, would mint money in the emerging new world of drive-ins, four-lane highways, and suburban sprawl.

Joe Jr., who had earned a degree in chemical engineering, went to work on how best to turn his father’s dream bakery into a reality of pans, carts, bowls, mixers, ovens, and cake-decorating areas with a beautiful retail store and café out front. He came up with a design that created a circular workflow pattern: commodities would come in through the back docks to a storage area, and the mixing and processing would occur nearby. The heavy mixing zone would give way to six ovens: from the ovens, baked goods would move into the decorating zone or into walk-in freezers, which could also hold unbaked goods. From there, the goods would head to boxing zones and decorating areas back near the loading docks before being shipped to grocery retailing partners or one of the satellite Busken stores. Though Joe Sr. was a bundle of nerves as the contractors moved through the conversion plans—a hawk hovering over every nickel—eventually the store/bakery opened under a homey Tudor/Swiss chalet sign.
With no advance advertising and little fanfare, his gamble paid off. Maybe it was the third-shift workers at the nearby Milacron plant, the LeBlond factory across the street, or the nearby U.S. Playing Card factory. Maybe it was the folks headed to Ivorydale to the Procter & Gamble soap factory. Maybe it was because of the river of cars headed through Hyde Park from Madeira, Montgomery, and beyond to offices downtown, or maybe it was a little bit of all those things, along with a healthy dose of Cincinnati curiosity fed by really tasty baked goods. Whatever it was, within weeks, one thing became clear: Joe Busken’s giant bakery was an immediate and immense success.

Breakfast would provide about half the companies revenues, and here’s why: eating a baked item or fried sweet for breakfast is a timeless worldwide ritual. Greeks still eat Loukoumades, a sweet fritter dipped in honey and one of the oldest known fried cakes. Italians eat zeppole, the Danish have aebleskiver and in Israel sufganiyols are on breakfast platters. America’s appetite for donuts dates to the front lines of World War I, when doughboys were served fritters and coffee by Salvation Army donut girls to greet the dawn and, perhaps, their last day. When surviving soldiers returned to the states, they brought their taste for fried, sweet dough with them. Donut shops popped up everywhere, thanks to automated fryers.

It was a trend destined to stick around and today Americans eat more than 20 million donuts daily – more than eight billion donuts a year. Nine of 10 Americans eat donuts with men eating more donuts than women and teenagers the next largest consumer group. Within two generations of those World War I doughboy, donuts were firmly entrenched in America’s morning ritual.

In 1970, Page Busken joined his brother, Joe Jr., in leading the company. By then, breakfast sweets and donuts from the bakery in Hyde Park had a 24/7 hold on the lives of most Cincinnatians. The brothers continued to add stores, committed staff to new products and new services, too: corporate catering, fund-raising programs, and corporate gift-giving during the holiday season. 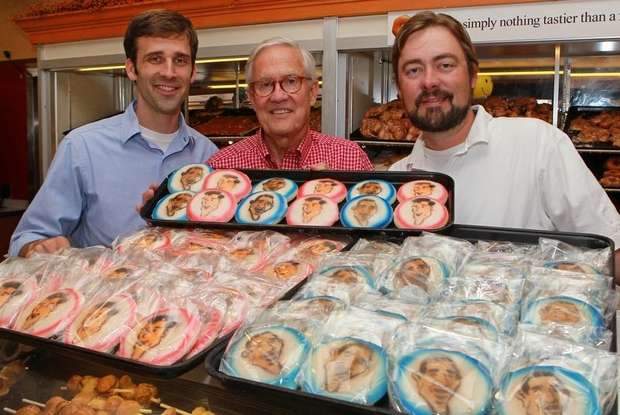 They also recognized that, as more and more women entered the workforce in the 1970s, downtown Cincinnati offered a great opportunity for affordable lunches from a homegrown bakery/restaurant. Busken opened its first combo cafe/bakery at 210 E. Sixth Street in 1977. A second came at Eighth and Walnut in 1980. In the 1980s, a restaurant was added to the Norwood store and yet another bakery/restaurant opened at Ninth and Central Avenue in 1989.

When the Web created new retail opportunities, Page committed the company to nationwide distribution. This time it was click-of-mouse and not word-of-mouth that would bring in customers. Cincinnatians responded, too. For some the Busken Bakery was a convenient and quick stop before church on Sunday mornings. For others, the visit came after church. Weekends, the bakery became a destination for late-night repasts. And as always there were birthdays, anniversaries, retirements, and graduations.

But it takes more than regional food habits and demographic trends for a family-owned food company to survive through generations. Analysts report that only about one in three family businesses in America successfully moves from the first generation to the second generation. Busken Bakery is among the 10 to 15 percent of companies that thrive into the third generation of family ownership and control. One reason for its success has to do with a critical rule for family members who want to become part of the Busken management team: work for at least three years for another company in another field. Named president of Busken in 2007, Dan, a grandson of company founder Joe, worked in construction. Brian, also a grandson and today the director of marketing, was a copywriter at an advertising agency. 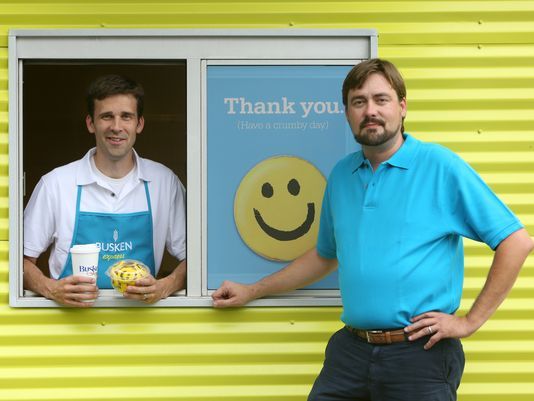 Busken Bakery has always embraced a strategy of growth to remain vibrant, and the newest Busken generation plans to maintain that approach. Dan and Brian are steeped in the family’s bakery tradition. As youngsters, they once ran their own bread and breakfast treat route. Later, they routinely came to the bakery early on Saturday mornings with their father or their grandfather. Busken Bakery, with its deep family roots, quality products, and friendly Cincinnati-style service, will remain a Cincinnati institution for decades—if not centuries—to come.